EXHIBITION MARKED THE END OF SILENCE AT VARNA FREE UNIVERSITY 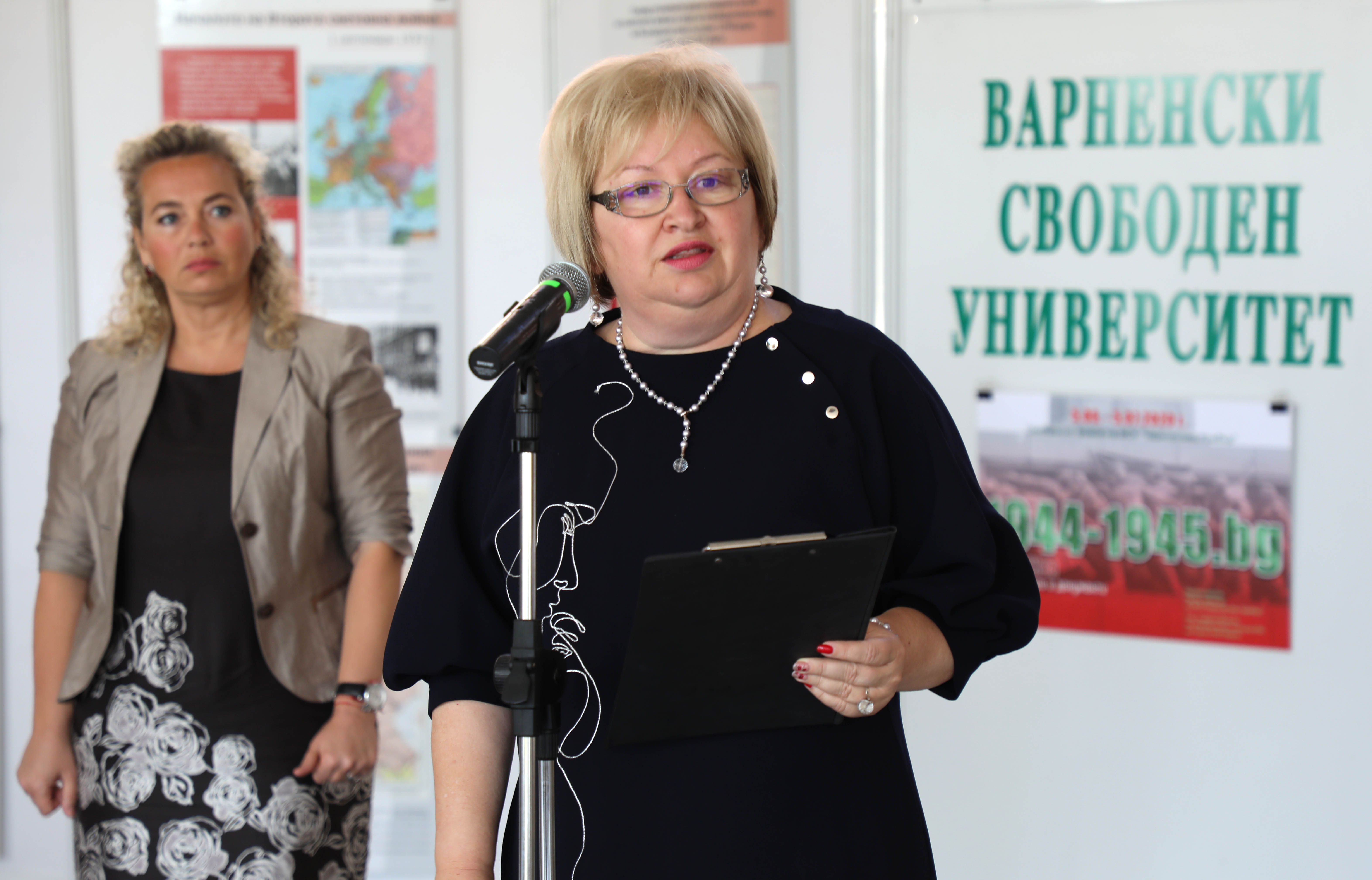 The opening of the exhibition "1944-1945.bg" put an end to the "silence" at Varna Free University "Chernorizets Hrabar". The event is organized by the Russian Centre at the University with the assistance of the Consulate General of the Russian Federation in Varna. It was held on the eve of the International Day of the Russian Language and the birthday of the great Russian poet Alexander Pushkin. Special guests were Oksana Zhernovaya - Consul Counselor and Svetlana Kolesnikova - Third Secretary at the Consulate General.

The exhibition contains photographs and documents that present the history of Bulgaria and Russia in the last years of the war and will be staged at the university until 5 July 2020. 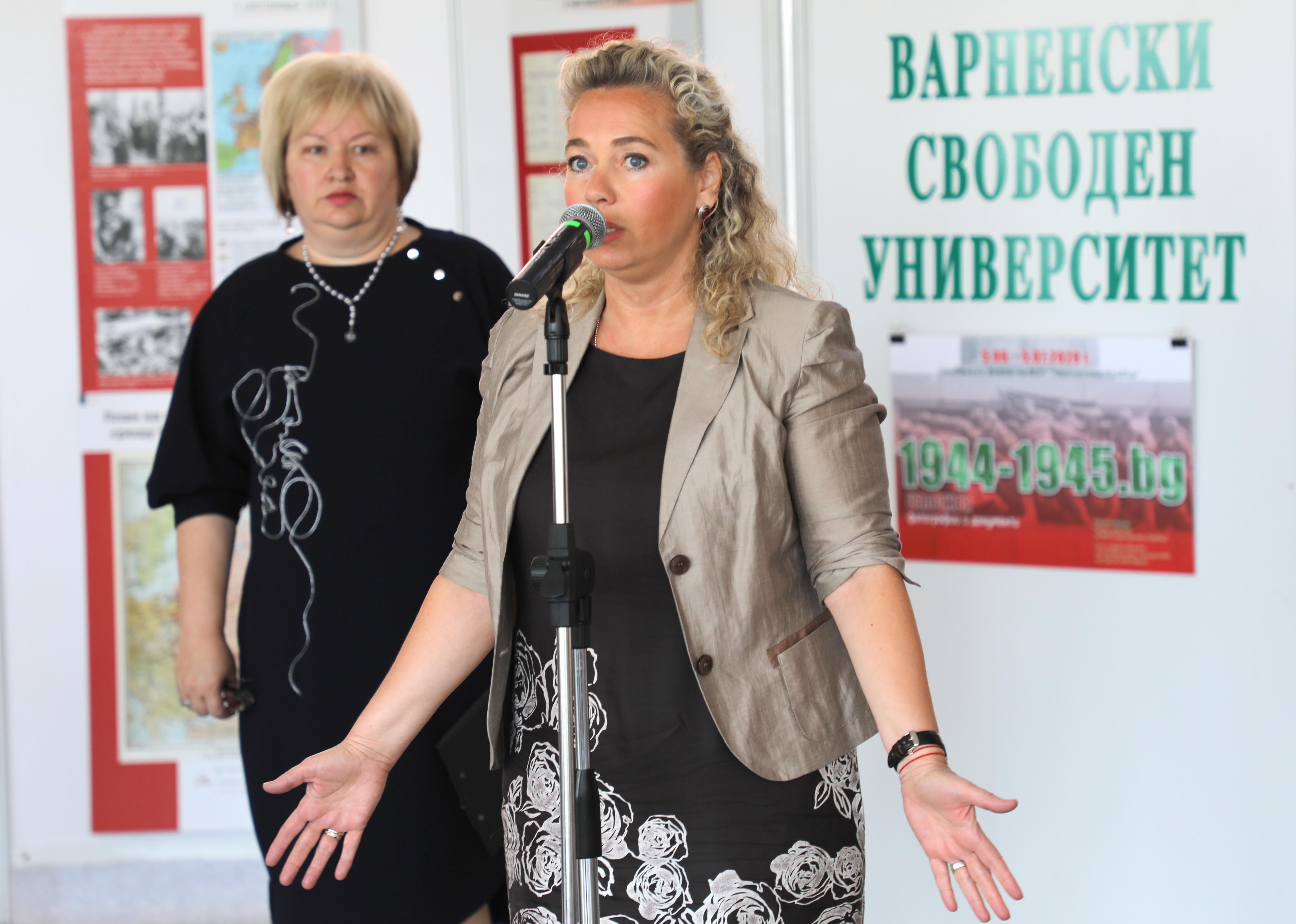 "Social isolation has saved the health and lives of our students and our entire team. But it also took us to a new, higher level - we had time to look inside ourselves, to hear our own voice and that of our colleagues, to feel the relentless rhythm of digital time. A time when we worked as a team more than ever. We come out of this silence healthy, stronger and more united ", said at the opening Prof. Galina Shamonina, PhD - Secretary General of the University and head of the Russian Centre. On behalf of the President Assoc. Prof. Krasimir Nedyalkov, PhD and the Rector Prof. Petar Hristov, PhD she thanked the team of Varna Free University for the support, dedication, creativity, energy and enthusiasm, as well as for the fact that over the past months the digital face of Varna Free University has become an example of innovation and social responsibility on a national scale.

"Life, however, teaches us that in order to move forward, we must know and remember history. 1944 and 1945 in the history of both Bulgaria and Russia are also associated with a period of silence - the silence of the mother's tears, the silence after the roar of the tanks, the silence of destruction. In the exhibition you will see the horrifying statistics of human casualties, you will see how the Bulgarian people acted in a crisis - that of war. See and remember! Because our role - as university lecturers, as parents, as sons and daughters - is to remember and pass on the truth," said Prof. Shamonina.

"We are grateful for the cooperation with Varna Free University. We must not forget the lessons of history, the connection between our peoples for centuries. The price paid in the war is 27 million lives, 2/3 of which are civilians. One million Russian soldiers and officers have died in Europe. Their feat will never be forgotten, because it is for the good and freedom of these peoples. We will not forget the participation of the Bulgarian army in the liberation of Europe, which lost 30,000 soldiers in the battles," said Oksana Zhernovaya. She added that most of the archival documents were declassified on the occasion of the 75th anniversary of the victory over Hitler-Fascism and are being shown for the first time.

The exhibition was arranged with the assistance of Arch. Desislava Hristova and Arch. Donika Kirova, PhD from the Faculty of Architecture at VFU. 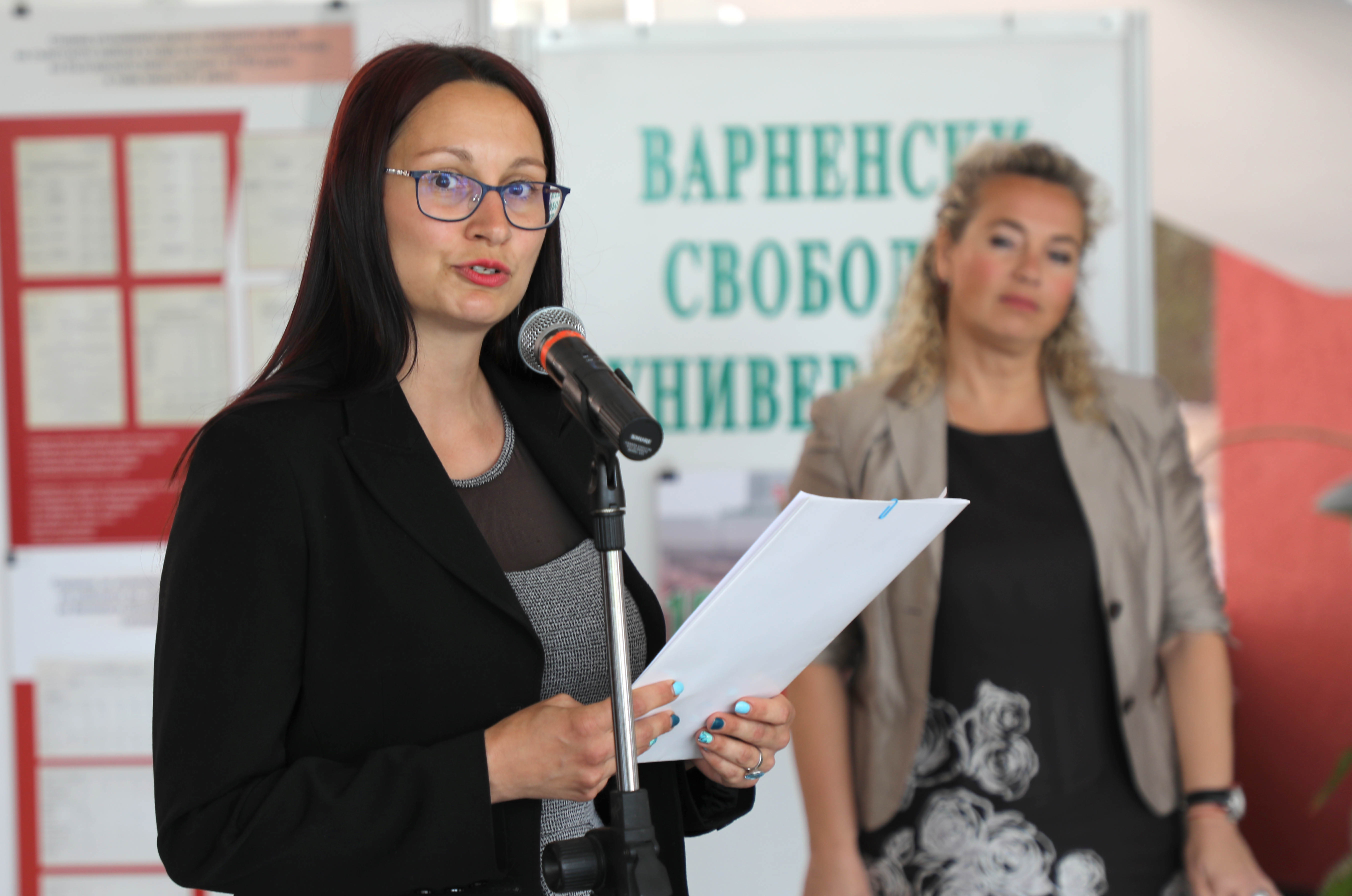 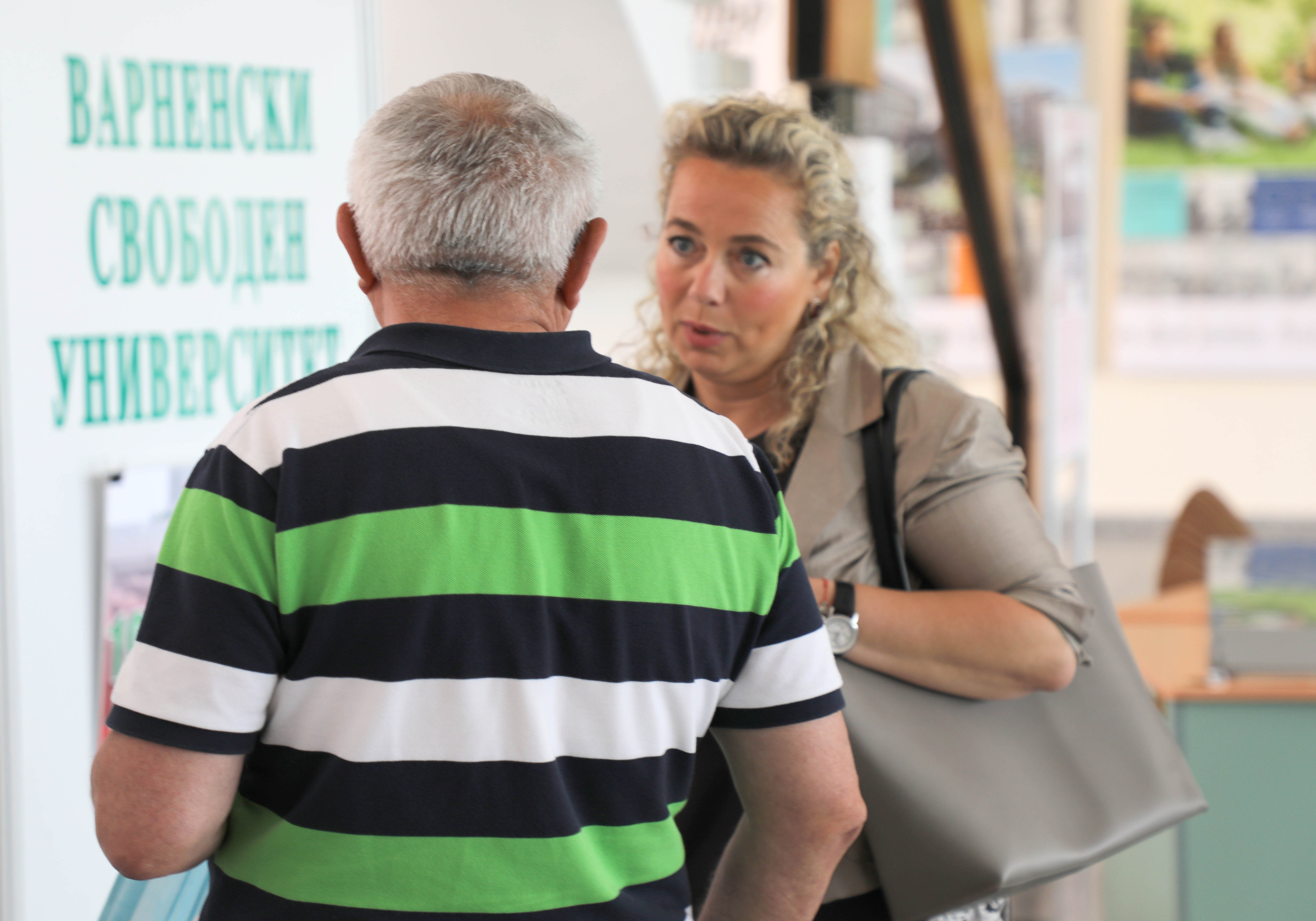