The civil law team of Varna Free University "Chernorizets Hrabar" took the silver medal of the Ninth Interuniversity Competition for Case Solving in Civil and Commercial Law, which took place during the weekend in Burgas. 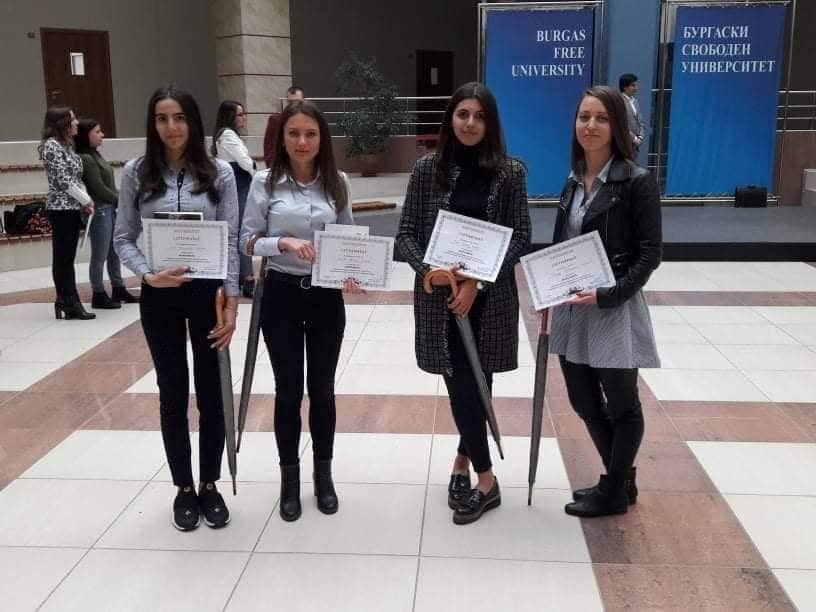 The fifth-year law students - Ralitsa Ivanova, Leman Hakif and Sara Keryan and the second-year student Lyuba Zheleva beat in the various circles the teams of Veliko Tarnovo University "St Cyril and St Methodius". In the first round, the team of VFU was solving a case involving a limited partnership and in the second one - a lease. Ahead of our girls is the team of Sofia University "St Kliment Ohridski".

The future lawyers competed and beat some of the best student civil law teams in the country, reaching the finals of the prestigious competition - two teams of Sofia University, two teams of Veliko Tarnovo University and the team of Angel Kanchev University in Ruse. 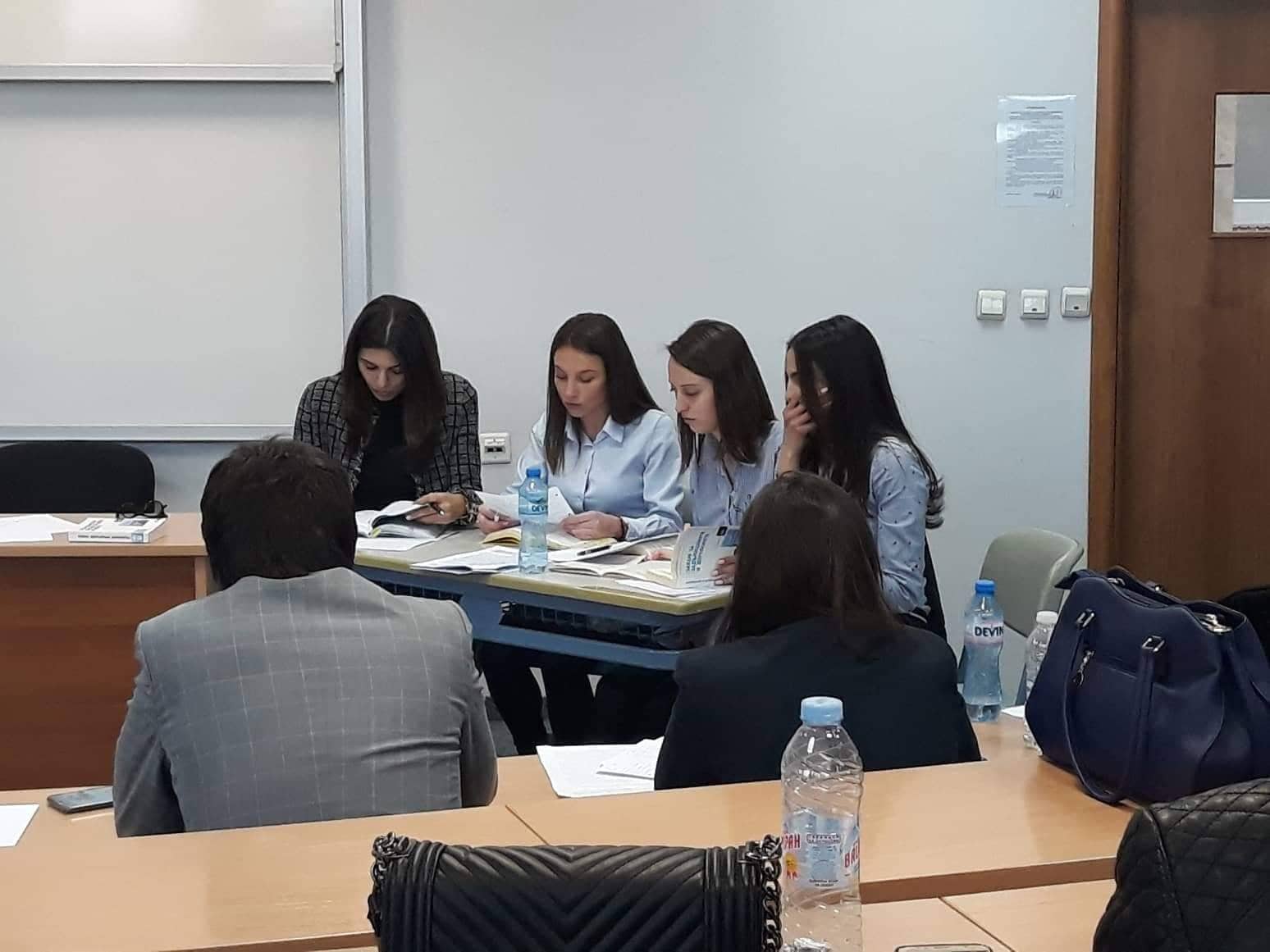 The students of Varna Free University were preparing for two months for the competition under the leadership of the judges of Varna District Court Diana Miteva and Neiko Dimitrov. "The girls are magnificent, they have the potential and have great opportunities before them," Judge Dimitrov said after the final of the competition. An excellent assessment for the presentation of the team of Varna Free University was given by the organizer of the competition - Prof. Silvi Chernev - lecturer of civil law at Burgas Free University. Representative of VFU and a participant in the jury was Assoc. Prof. Anton Grozdanov, PhD.

In the upcoming academic year, there will be new members in the civil law team, who will join the promising young hope Lyuba Zheleva. All of them will live up to the  name of Varna Free University. In 2015, law students were ranked first in the National Competition for Civil and Commercial Law Case Solving.

The student criminal law team of VFU"Chernorizets Hrabar” is preparing for a competition. 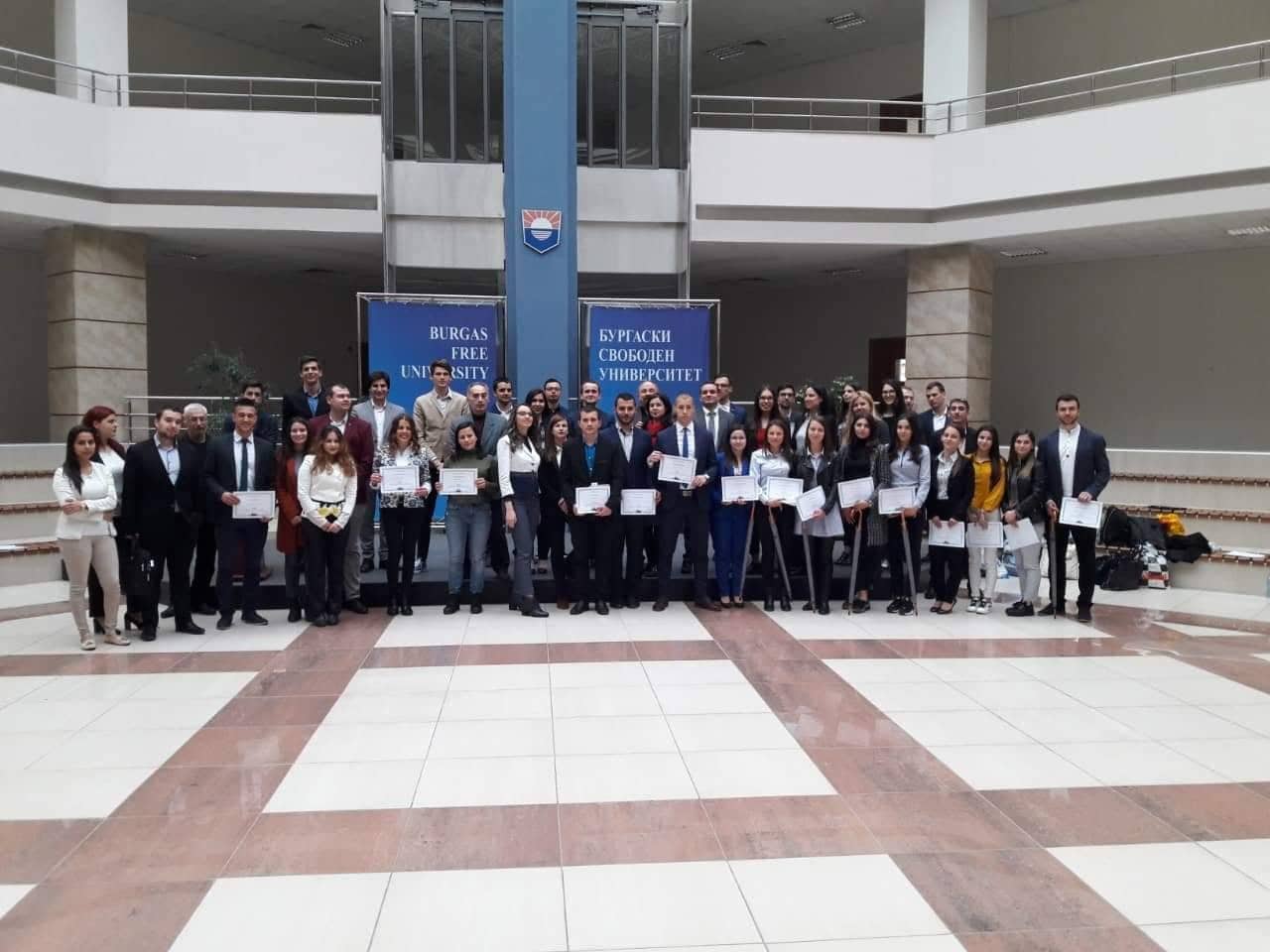