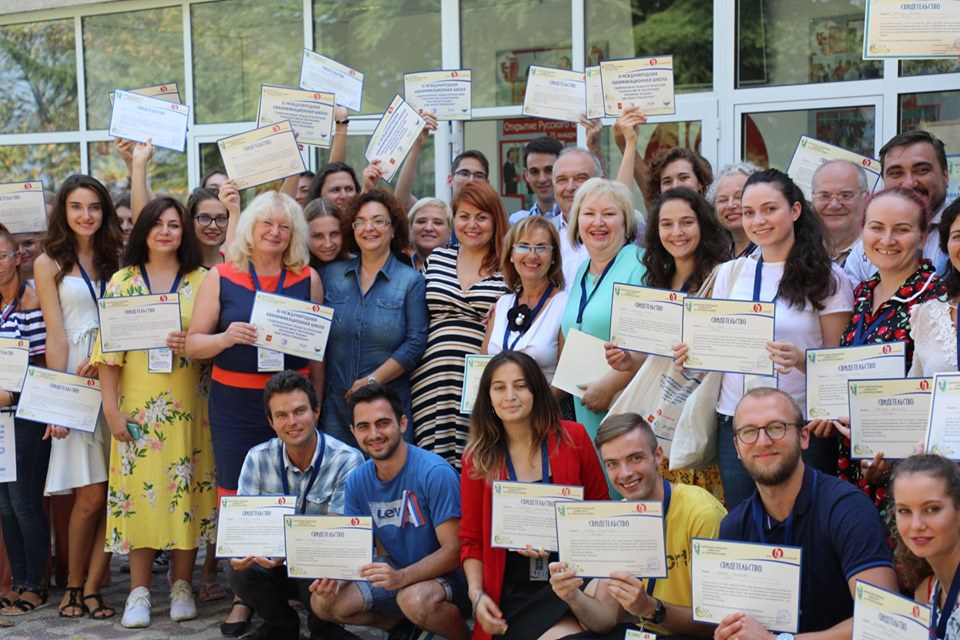 The Rector of Varna Free University Prof. Dr. Peter Hristov presented certificates to the participants and lecturers at the XI International Qualification School "Modern Pedagogical Technologies in Teaching Russian as a Foreign Language". Thank you letters to the rectors of the 12 European Universities which sent teams at the School were given.
The 11th edition of the Russian School ended with words of warmth and appreciation to the organizers and hosts of Varna Free University.
Earlier in the day, the teams and their leaders were given awards.
In the competition for the best methodical idea, the winner became the team of the Brest State University who presented impromptu theater. Sofia University "St. Kliment Ohridski" came second.

The first prize in the competition for the making of a training video film won a collective group that developed a project called "The Noble Act".
The most active students were also distinguished. For the first time, the Award for Devotion to the School was presented, which came to the young team leaders Anastasia Kehayova, Stefan Milosevic and Elena Petrenko - who were still students when first came at the School. The awards were provided by the representative office of Rossotrudnichestvo in Bulgaria, Yani Yanev - Vice President of VFU "Chernorizets Hrabar", Prof. Leonid Moskovkin - lecturer at St. Petersburg State University.
The School is supported by the Russkiy Mir Foundation, the Representative Office of Rossotrudnichestvo in Bulgaria and is conducted under the patronage of the President of Varna Free University Assoc. Prof. Dr. Krasimir Nedyalkov. 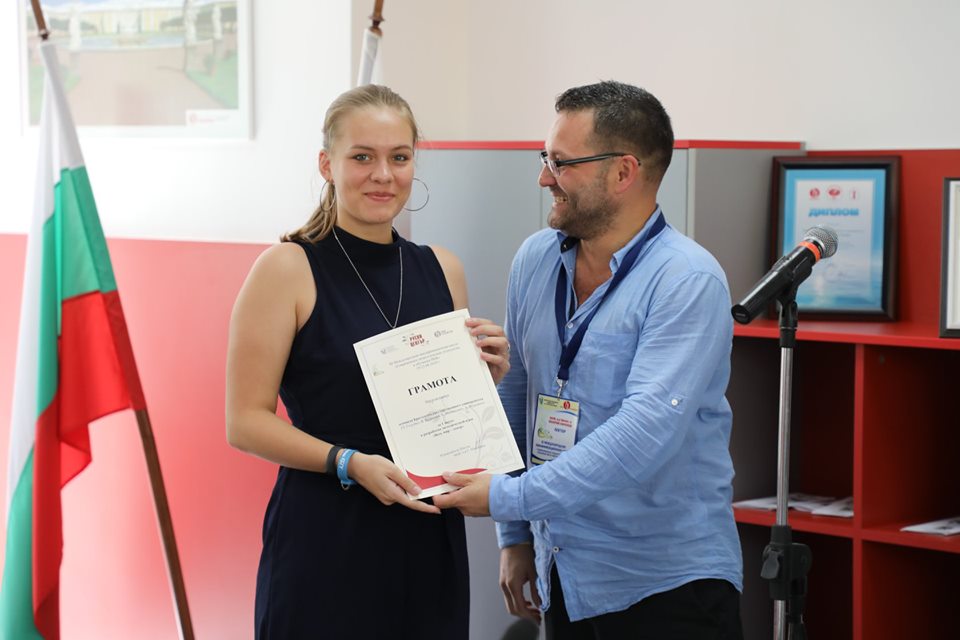 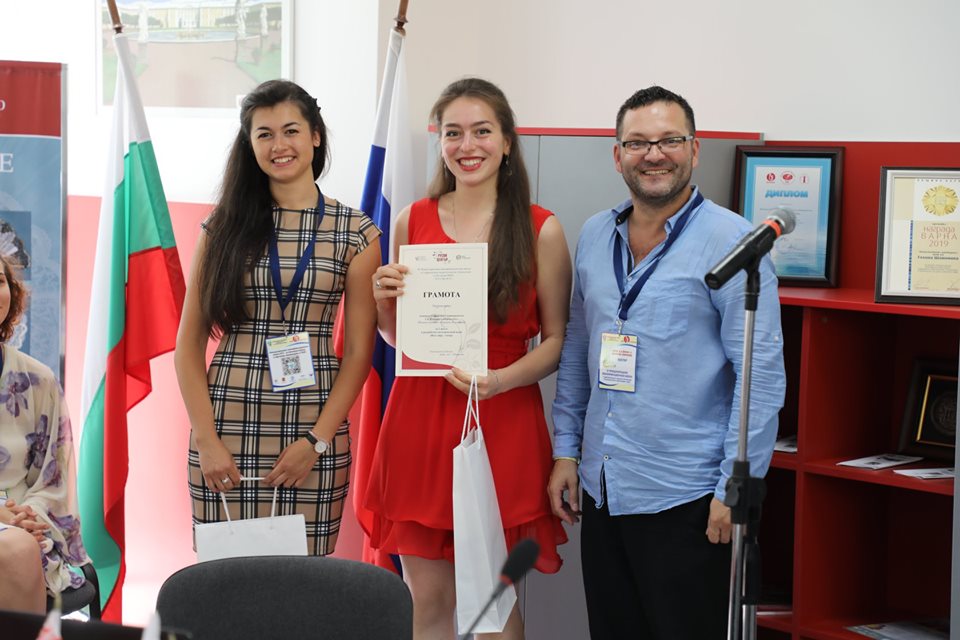 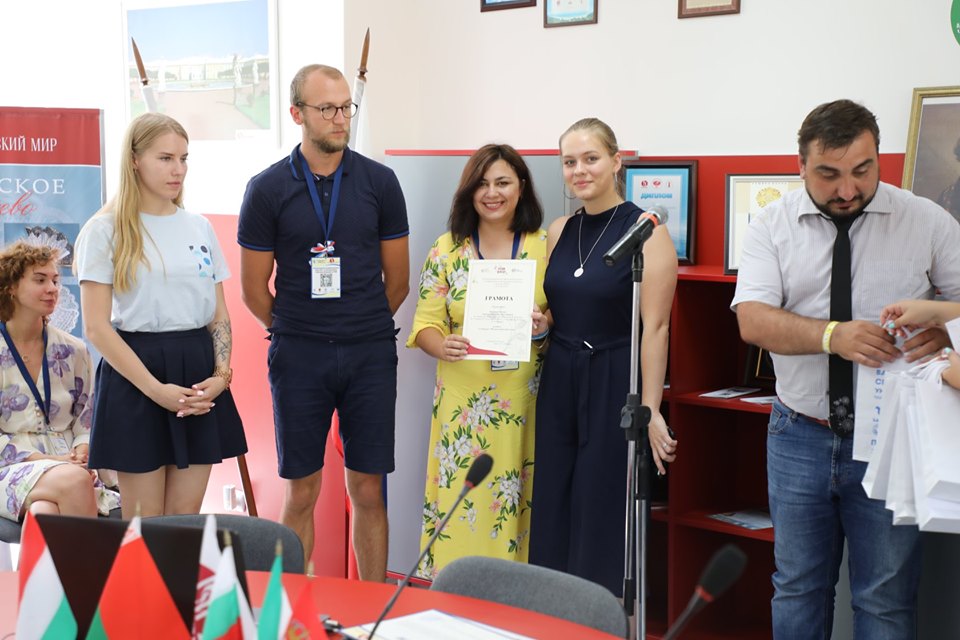 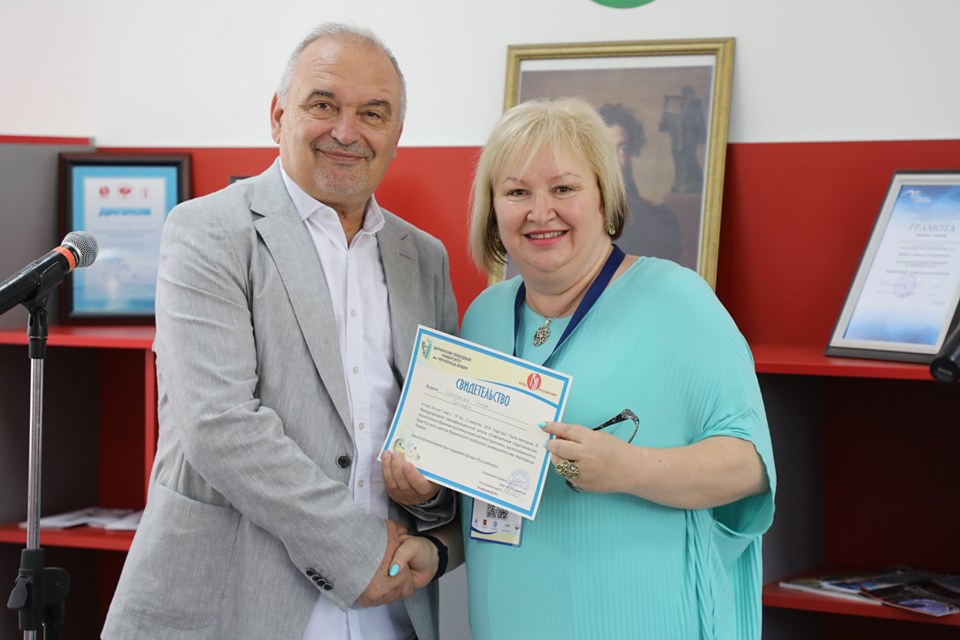 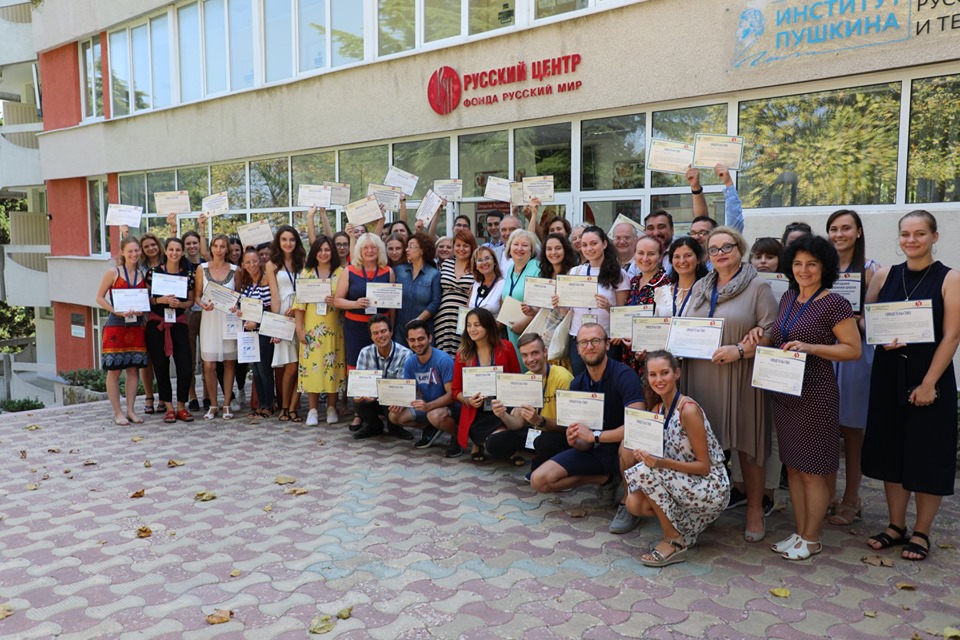