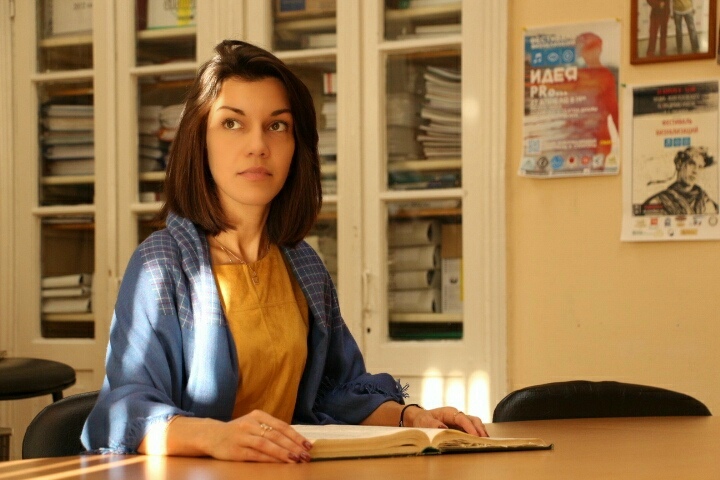 In 30 of the 445 virtual classrooms at Varna Free University "Chernorizets Hrabar", students from different majors study foreign languages, including the rare ones - Japanese and Portuguese. Despite the civil emergency situation in the country and in the world, students continue to enhance their knowledge by communicating with native speakers.

Thanks to the good partnerships of Varna Free University with the Representative Office of Rossostrudnichestvo in Bulgaria, for the second consecutive year, students studying Russian also study with a native speaker. For a month they have been in the "cloud" with the special guest of the university Maya Muratova - a postgraduate at Pskov State University and a finalist in the National Russian competition "Masters in Russian". The competition is being held for the second consecutive year in Russia with the support of Rossotrudnichestvo and gives the winners the opportunity to choose a university in the world in which to spend their two-month internship. Maya Muratova chose Varna Free University and arrived in Bulgaria at the beginning of March. After civil emergency was called in Bulgaria, she decided not to end her internship and began preparing with the other faculty members of VFU "Chernorizets Hrabar" to start distance online training.
Muratova's first classes were with students in Architecture, Design and Choreography. Students in International Relations are particularly interested in her course in Russian Studies. They study Russian and learn many facts about the history, geography and culture of Russia. The number of participants in the online courses Maya Muratova teaches is constantly increasing and students in other majors are joining the open virtual classrooms. In addition to the course material, they work with film excerpts, make music dictations and language projects on course topics.

Prof. Galina Chamonina - Secretary General of VFU "Chernorizets Hrabar" and Head of the Russian Center is impressed with both the trainee's preparation and her courage and desire to remain in this complex situation in Bulgaria and to fully fulfill her project commitments.
In early March, Maya Muratova managed to explore part of Bulgaria by joining the hike to the historic Shipka Peak.
Fumiko Kobayashi, a Japanese language teacher, also works in a virtual classroom. In addition to the Japanese hieroglyphs, she also teaches about the beauty of the culture of the Land of the Rising Sun to seven groups of students, faculty and staff. Students in the fields of International Relations, Architecture, Psychology and Law have a strong interest in learning Japanese.

The President of Varna Free University Assoc. Prof. Dr. Krassimir Nedyalkov has signed an agreement with the Japan Association for International Intercultural Exchange, which ensures the continuation of Japanese language training in the future.
For the first time this year, Portuguese is being taught at the university. It has been a result of the cooperation of VFU "Chernorizets Hrabar" with the embassy of Portugal.
The foreign students continue to actively study Bulgarian.

The diverse language palette enhances the competitiveness of our graduates and enables them to put into their professional portfolio knowledge of two or three languages, including rare languages.
The students’ interest in Russian and English is still strong.