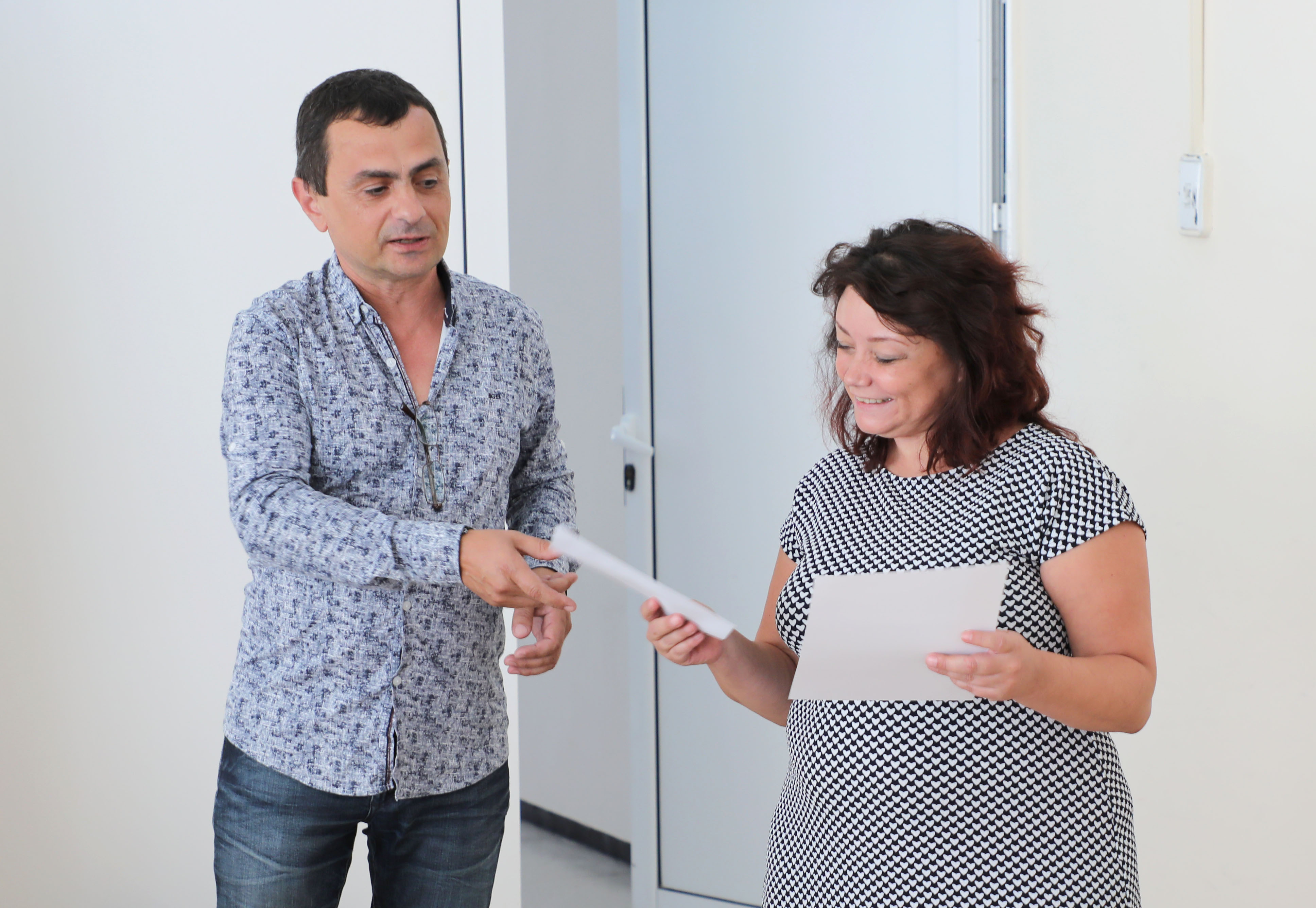 Yulia Tsonzarova, a second-year student majoring in Architecture at Varna Free University, won the RÖFIX Bulgaria competition with her project for a single-family out-of-town residential ecological building with integrated products and systems of the company. Her award was presented personally by Daniel Trankov - Commercial Director of RÖFIX Bulgaria.

More than 20 projects were presented  in the competition developed by the second-year students of  Architecture at VFU "Chernorizets Hrabar".

"My project includes the thermal insulation systems offered by the company. It was extremely interesting for me that the exam in Residential Buildings took the form of a competition," said the winner Yulia Tsonzarova. Certificates for worthy participation were also awarded to the teams whose projects ranked second and third in the competition: Danaila Savova-Petrova, Dimitar Dimitrov and Zlatimira Hristova; Mirela Baldzhiiska and Irena Asparuhova; Simona Radkova and Dorotea Nikolaeva, as well as Snezhina Dimova and Aisun Ahmed.

The partnership between the leading company and the university is long-standing and will continue to develop. ►