Home  /   /  VFU "CHERNORIZETS HRABAR" IN THE HEART OF EUROPE AGAIN

VFU "CHERNORIZETS HRABAR" IN THE HEART OF EUROPE AGAIN 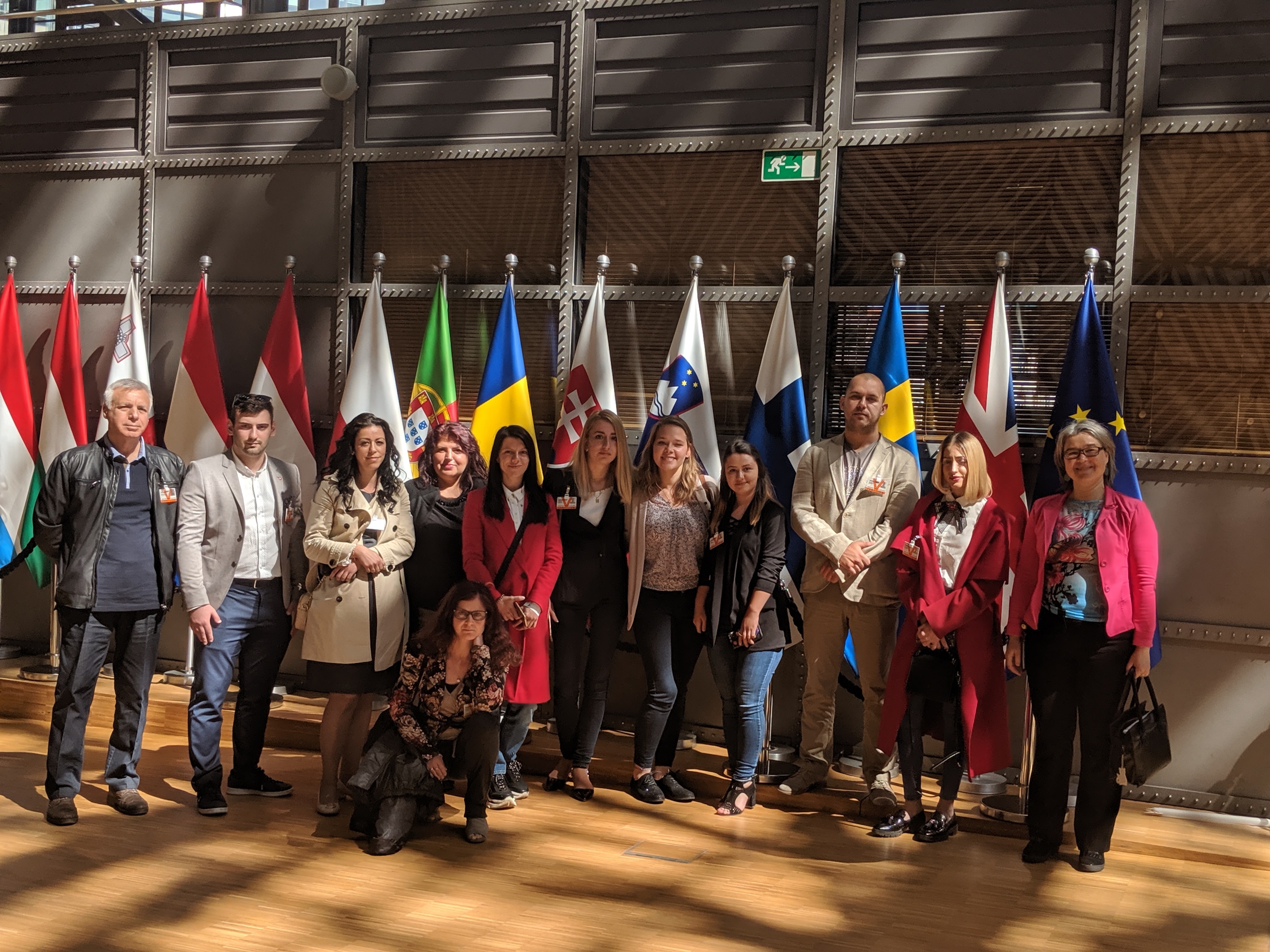 For another consecutive year, students from VFU "Chernorizets Hrabar" visited the main European institutions in Brussels for a week and listened to specially designed lectures related to the euro financing for Bulgaria and the technology for project development. The students took part in a training course at the European Commission Directorate-General "Communications" and "Digital Europe". The group from Varna Free University got to know the work of the European Parliament and took part in a discussion on the Bulgarian presence in the EP. The trainees learned about the opportunities for Bulgaria to raise funds under the Structural Funds and took part in a discussion on the work of the Council of the European Union on the future changes in EU governance. Special lectures were presented to the Bulgarian students at the Committee of the Regions and the Permanent Representation of Bulgaria. They were issued certificates for the training that were handed over at the EC by the team of the Bulgarian commissioner, Maria Gabriel.

Varna Free University is the only university in Bulgaria that organizes for a fifteenth consecutive year an internship in Brussels for specialists with professional interests in project management. 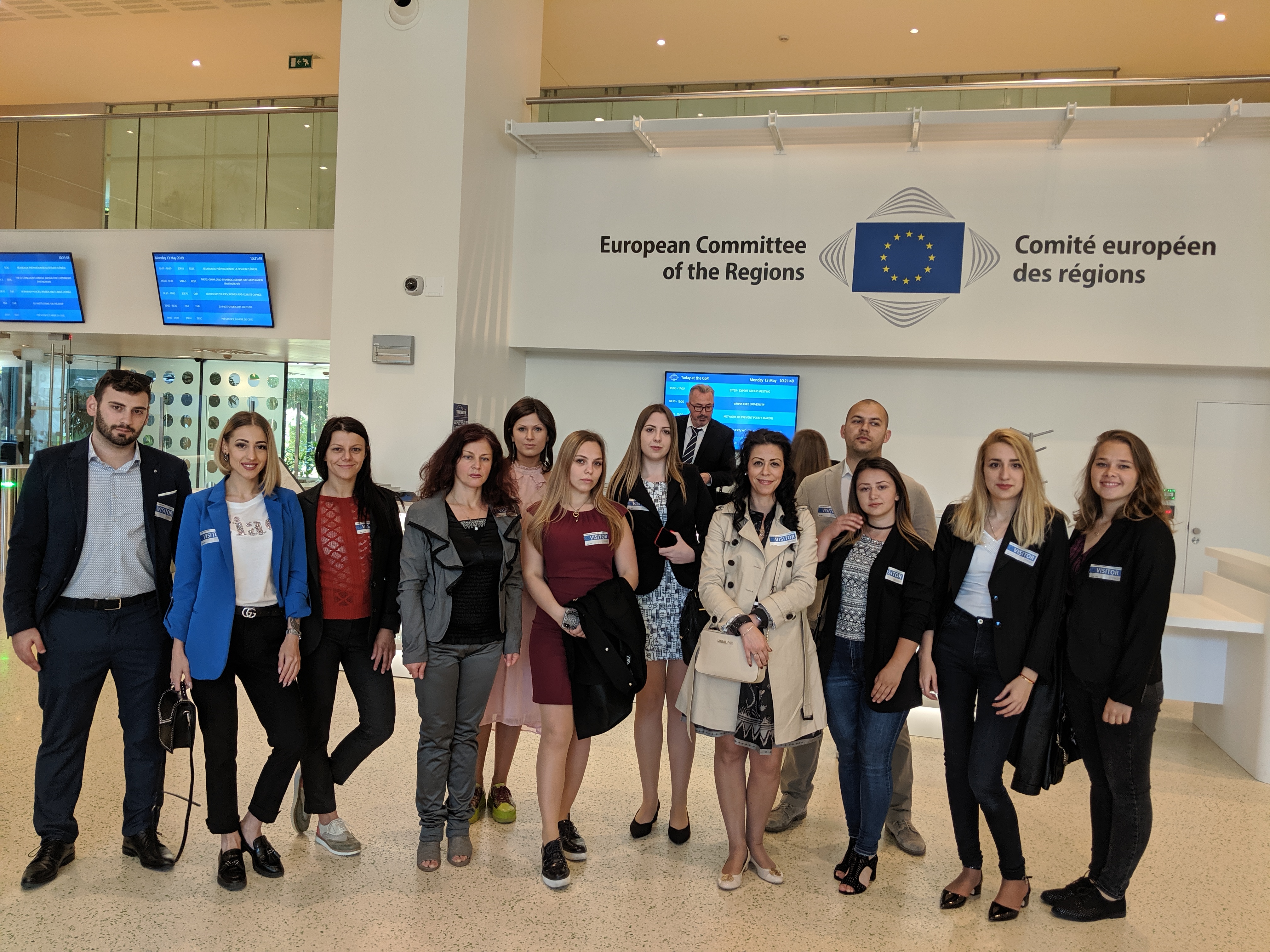 Here is what some of the students said:

Verginiya Spasova, majoring in "Cultural Tourism Management":
"As a Master student in "Cultural Tourism Management, in Varna Free University "Chernorizets Hrabar", I took part in the internship at the central European institutions, which took place from 12 to 19 May 2019 in Brussels. The program was the most comprehensive and meaningful. The organization, both in the preliminary part and in Brussels, was very good, and my motivation to get involved in the internship was the opportunity to learn about the central European institutions/European Parliament, European Commission, Council of Ministers, the Committee of the Regions/ on site, from the inside. The lectures and the interviews were on a highly professional level. It was a great honour and I was proud to visit the workplace of the Bulgarian euro commissioner. The meeting in Mrs. Maria Gabriel's office, where we were awarded certificates, was one of the most exciting and memorable for the students. Impressive for me was the fact that Varna Free University is respected in the central European institutions. For me, attending the internship was very useful. I would be glad to take part in other similar initiatives.

Martina Marinova, majoring in "Management of International Business Projects":
"The European Union is a political and economic union between 28 countries. Despite the differences in culture, customs, history and way of life, the EU unites the diversity. My participation in the internship "Role and Functioning of the European Institutions" provided the opportunity for this whole union to be observed and studied "from inside". And the lectures, comments and advice of people working and believing in the idea and future of the European Union are invaluable. The whole process of monitoring the actions and connectivity of the institutions was also very interesting."

Nevyana Petrova, majoring in "Circular Economy":
"The internship in Brussels has given us the opportunity to visit the main European institutions and to get acquainted with their role and functioning. Our first visit was to the Committee of the Regions where we had a meeting with Svetoslav Andreev, who introduced us to the history of the establishment of the EU, the role and functions of its institutions. Our second meeting was with Lora Borissova, the head of cabinet of EU Commissioner Mariya Gabriel, who told us about the work, the objectives and the tasks of the Cabinet and handed us certificates for the course on "The Role and Functioning of the European Institutions". We visited the European Commission building where we listened to presentations and were delivered 3 lectures on topics such as: "EU Political Implementation (Media Monitoring and Eurobarometer)," Horizon Europe 2021-2027 New Framework Program for Research and Innovation" and "Digital Common Market". We also visited the European Parliament, where we listened to a lecture on the structure and work of the EP, as well as the Council of the EU and the Permanent Representation of Bulgaria. The meetings with the lecturers - all working and realized in the European institutions were very interesting and instructive. They told us about their work and shared their experience."

Denitsa Petrova, majoring in "Cultural Tourism Management":
"I really enjoyed the internship. The lectures were extremely motivating and useful. No doubt I would join the next similar internship. :)) Thanks for the experience!"
Nivelina Staeva, majoring in "Protection of National Security":
"In the period from 13 to 19 May 2019, Varna Free University "Chernorizets Hrabar" gave us the opportunity to join an internship on "The Role and Functions of the European Institutions", which enabled the students who took part in it to acquire new knowledge on the way in which the main for this union institutions. During the internship, we were delivered lectures by people working in these institutions, which allowed us to have an insight look into their work and the role they play in the lives of citizens of individual Member States of the Union. 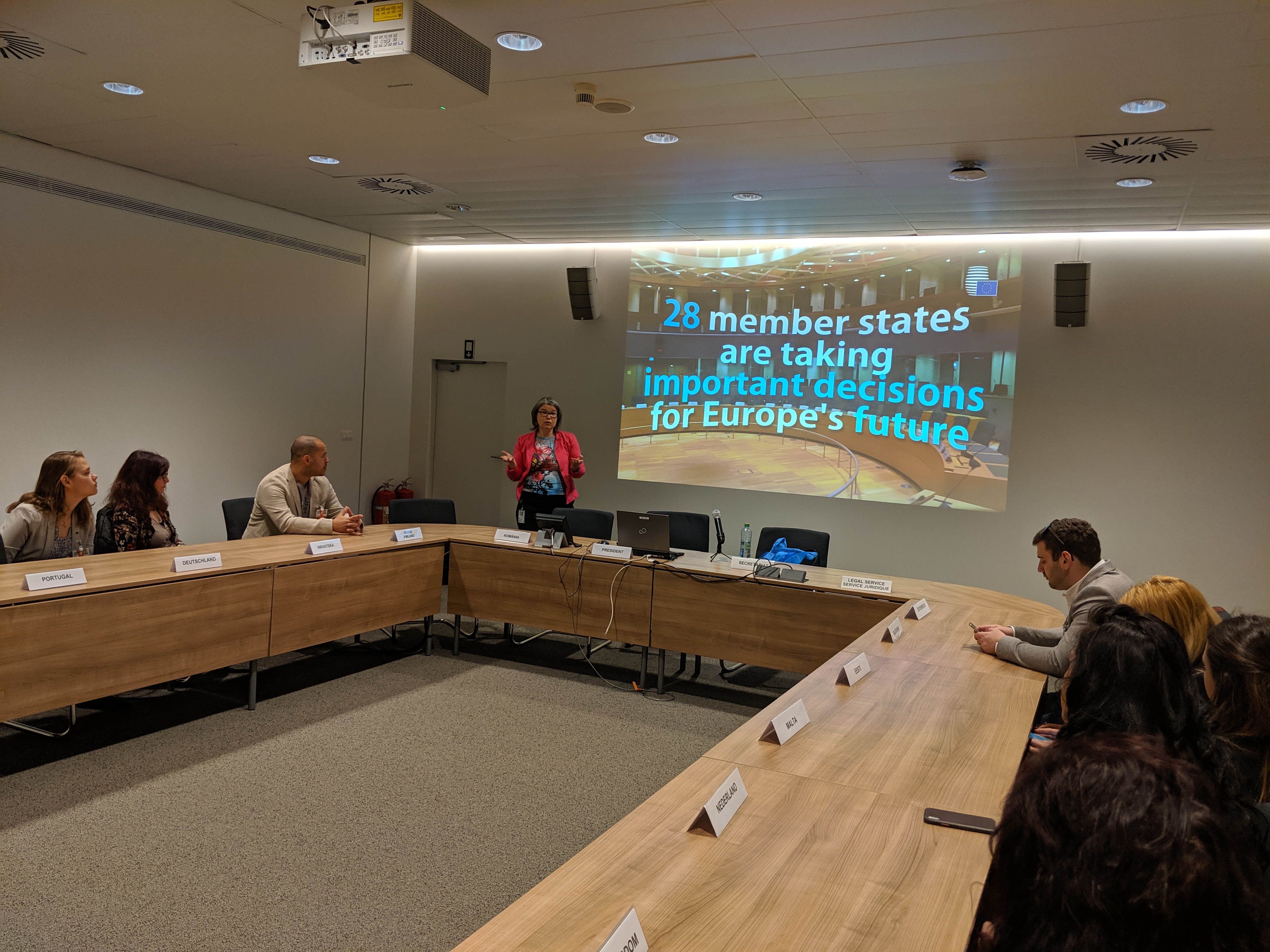 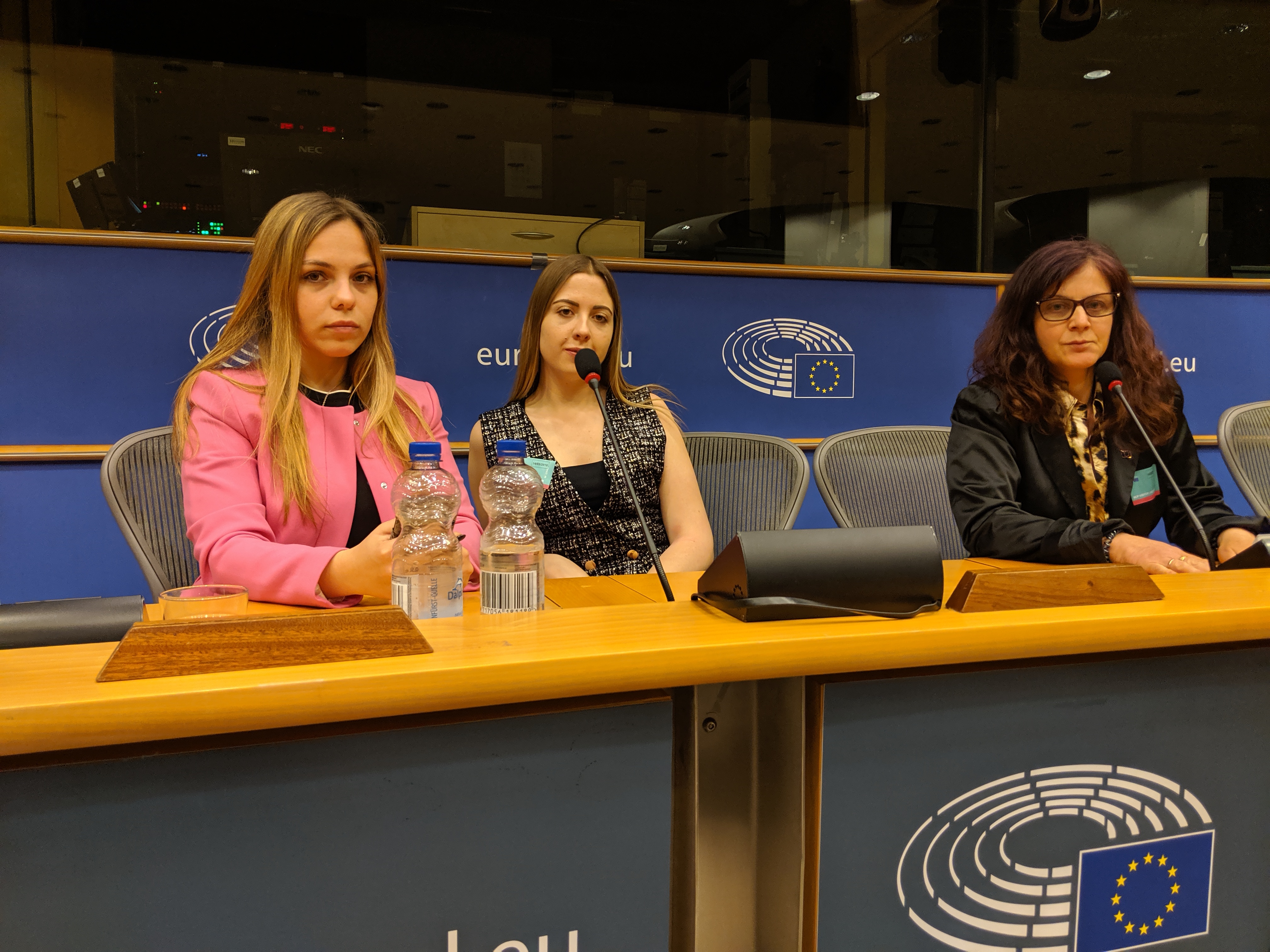 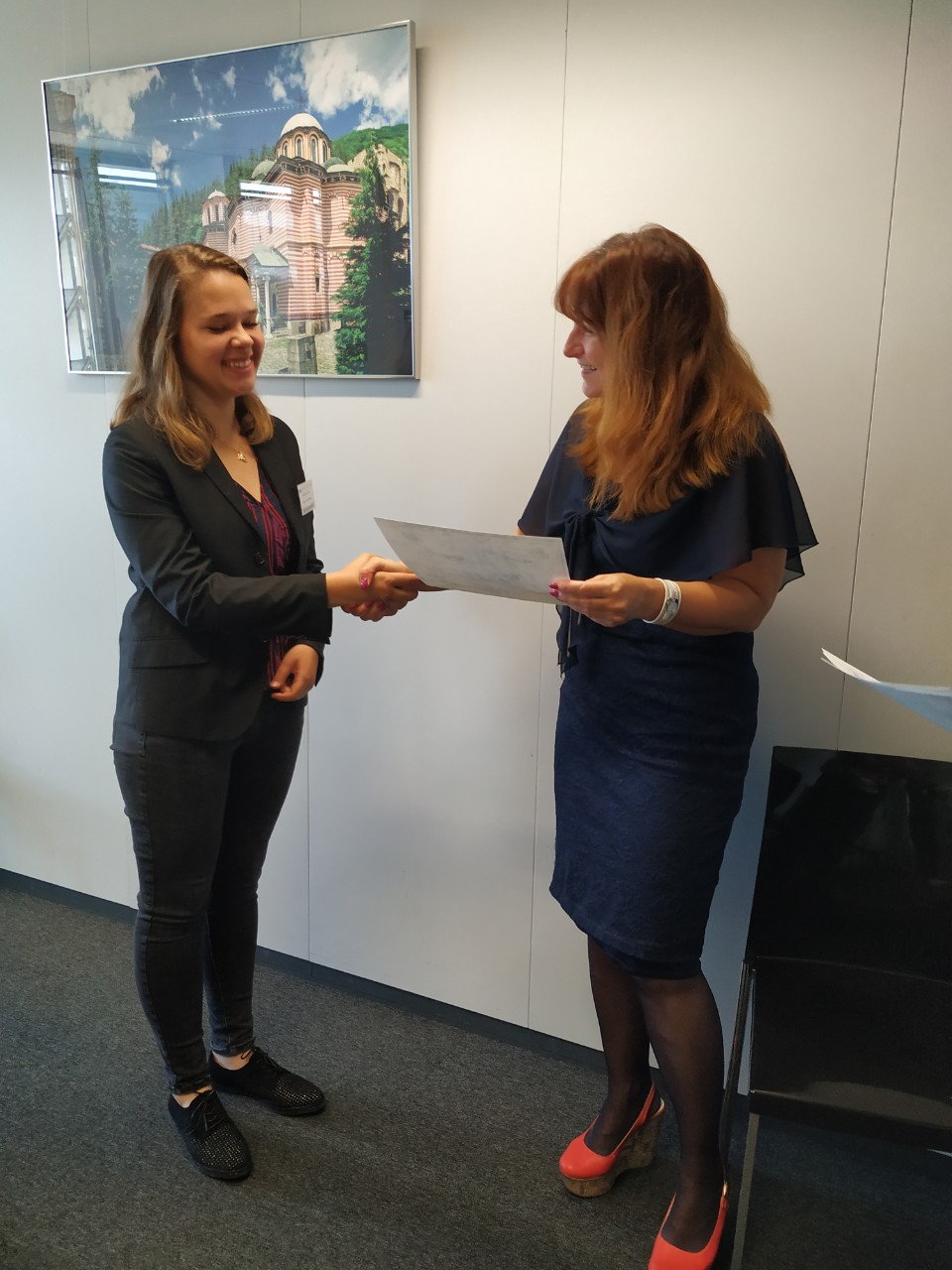